Dancing in the Park: BalletX 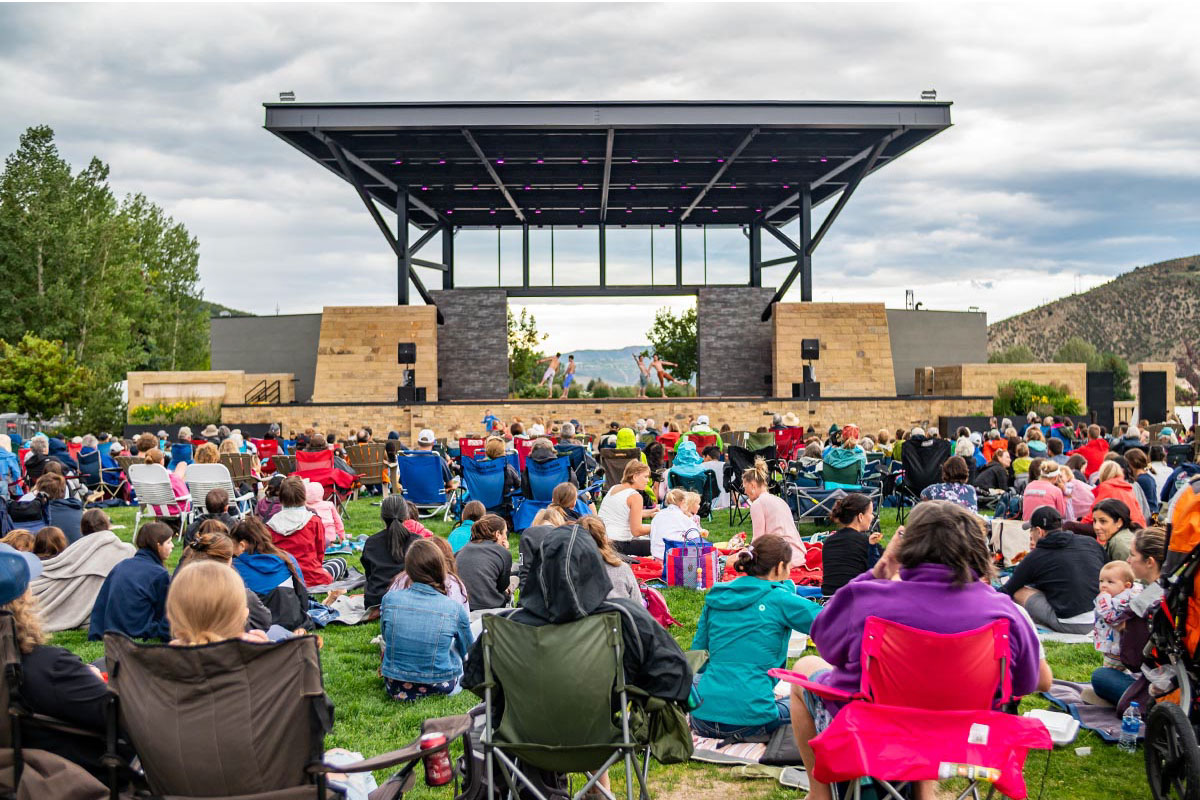 The Festival welcomes Company-In-Residence BalletX to Avon for a free, family-friendly show on the outdoor stage of the Avon Performance Pavilion at Nottingham Park.

Casting and repertory subject to change 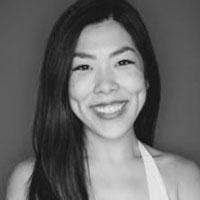 Andrea Yorita is from Irvine California, where she received her classical ballet training at Academy of Dance, under the direction of Merle Sepel, Rebecca Tsivkin, and Mignon Furman. In 2012, she graduated as a Gillespie Scholar with a BFA in Dance Performance from the University of California, Irvine, where she studied under Jodie Gates, Molly Lynch, and Donald McKayle. Originally trained under the R.A.D. syllabus, Andrea has completed all Vocational R.A.D. exams with Distinction, as well as received the Solo Seal Award. In 2008, Andrea competed as a finalist in the Genée International Ballet Competition in Toronto, Canada. She has participated in the National Choreographers Initiative, as an apprentice, and the Traverse City Dance Project. Andrea was a 2016 Dance Finalist for the Clive Barnes Award. She joined BalletX in 2012. 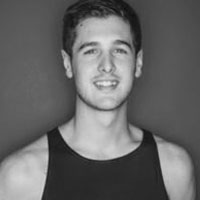 Blake Krapels, a 2011 United States Presidential Scholar in the Arts, trained in New Jersey under the tutelage of Billy Larson and Jamie Salmon. In 2015, Blake graduated with a BFA in dance from The Juilliard School, where he performed repertoire by William Forsythe, Merce Cunningham, Elliot Feld, Jose Limon and Peter Chu. In addition to his core training at school, Blake participated in Summer Intensives at Nederlands Dans Theatre (2014, 2016) and Springboard Danse Montreal (2013). Since graduating, he has danced for The Metropolitan Opera, Keigwin & Company, GroundWorks Dance Theatre, Emery LeCrone Dance, and Konverjdans. Last fall, Blake launched Alpha, a dance theater company with two of his Juilliard classmates Michael Marquez and Gemma Bender. They curated their world premiere as a part of Cleveland DanceWorks 2017. Blake joined BalletX in 2018. 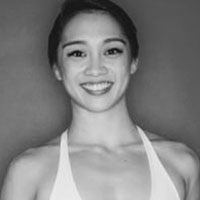 Caili Quan started dancing in her native Guam under the direction of John Grensback and Bettina Sanzotta and moved to New York City to continue her classical training at Ballet Academy East. She was a trainee with Richmond Ballet and an apprentice with Charlotte Ballet (formerly North Carolina Dance Theatre), before joining First State Ballet Theatre under Pasha Kambalov for three seasons. During her training, she performed works by George Balanchine, Marius Petipa, and Malcolm Burn, among others. Caili has had to pleasure to choreograph for konverjdans, Columbia Ballet Collaborative, DanceWorks Chicago’s ChoreoLab, CelloPointe, and St. Paul’s School. Her piece Fancy Me was performed at the Vail Dance Festival in 2018. Caili was nominated by BalletX to serve as an Artistic Partnership Fellow at The Center for Ballet and the Arts at NYU during Summer 2019. She is very excited to be choreographing a new work for BalletX’s Summer Series 2020. 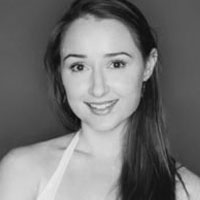 Chloe Perkes received her training at Deane Dance Center in Sacramento, CA and the San Francisco Conservatory of Dance. She began her professional career in 2005 at the Foundry, a San Francisco-based contemporary company under the direction of Alex Ketley. In 2008, Chloe returned to classical ballet for three seasons at the Sacramento Ballet, performing many principal and soloist roles. In 2010, Chloe joined BalletX after meeting company co-founder Matthew Neenan. Chloe has been featured in over 60 world premieres by choreographers including Matthew Neenan​, Jodie Gates, Nicolo Fonte, Trey McIntyre, Jorma Elo, and Kevin O’Day, among others. In 2014, Chloe was named “Best of the Best” by Pointe Magazine for her role in Neenan’s seminal piece, Sunset, o639 Hours. Since 2015, Chloe, along with cellist Gabriel Cabezas and composer Alyssa Weinberg, co-directs duende, an experimental music and dance company. 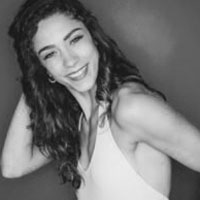 Francesca Forcella came to BalletX in 2013 after working as a company member with the Washington Ballet Studio Company and Los Angeles’ American Contemporary Ballet. She trained with Gina Forcella at Dance Stop Education Center in New Jersey, then continued her classical ballet training with Risa Kaplowitz and Susan Jaffe. At 16 she joined Houston Ballet II (HBII) and continued training with Claudio Munoz and Sabrina Lenzi. With HBII, she toured nationally and internationally, and in 2011, she represented Houston Ballet at the International Youth Dance Festival in Budapest, Hungary. Francesca has enjoyed the privilege of having ballets set on her by choreographers Ma Cong, Elie Lazar, and Lincoln Jones. She has danced ballets by George Balanchine, Stanton Welsh, Twyla Tharp, and Septime Webre. Among her favorite roles are the female leads in Trey McIntyre’s Blue Until June and in Stanton Welch’s Fingerprints. 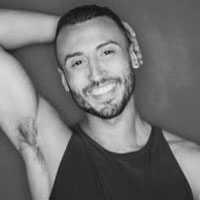 Richard Villaverde was born in Miami FL, and began dancing at the age of 13. He received most of his early ballet coaching from Maria Eugenia Lorenzo, trained at Dancetown, under the direction of Manuel and Lory Castro, and graduated from New World School of the Arts, under the direction of Daniel Lewis. In 2009, Richard won the national title of “Senior Male Outstanding Dancer” at New York City Dance Alliance, and he was also awarded a full scholarship to The University of the Arts in Philadelphia, PA, where he trained with Douglas Becker, Michael Sheridan, Ronen Koresh, Scott Jovovitch, and Christine Cox. In December 2011, Richard was selected to study abroad at La Biennale de Venezia for six months, under the direction of Ismael Ivo. While there he worked with world-renowned contemporary artists, and upon returning to the United States, he began his first season at BalletX. Since joining BalletX in 2012, Richard has been in over 30 world premieres by choreographers including Matthew Neenan, Nicolo Fonte, Jodie Gates, Trey McIntyre, Kevin O’Day, Annabelle Lopez Ochoa, and Cayetano Soto. 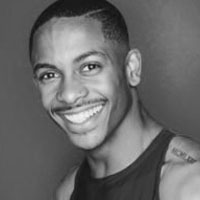 Roderick Phifer was born and raised in Charlotte, North Carolina, where he graduated from Northwest School of the Arts. At the age of 11, he found his interest in ballet after a summer intensive at Debbie Allen Dance Academy. Shortly after this experience, he received a scholarship to train at North Carolina Dance Theater, under the direction of Jean Pierre Bonnefoux and Patricia McBride. He later finished his training at Dance Productions, under the direction of Lori Long and his mentor Denise Britz-Clark. Roderick graduated from North West School of the Arts and continued on to the University of the Arts, where he received a full-tuition scholarship. He received his BFA from the University in 2017 and began his journey with BalletX. In his spare time, he is a freelance contemporary dance teacher and choreographer. He has had the opportunity to teach at UPenn Arts House (2016-2018) and has been a guest teacher with Jena Burgin-Peters Entertainment in Charlotte, NC since 2013. Most recently, he was invited to teach at World Dance Camp in Poland (2018-2019). 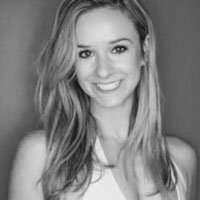 Skyler Lubin is originally from Miami Beach, also growing up in the New Jersey and Philadelphia area. She received her early training from The Rock School for Dance Education in Philadelphia, PA, then continued her training at the Miami City Ballet School. Skyler also attended summer programs at The School of American Ballet, San Francisco Ballet, and American Ballet Theatre. From 2010-2014, Skyler danced as a member of the Corps de Ballet with Miami City Ballet, under the direction of Edward Villella and Lourdes Lopez. She has performed in featured roles, including Flower Festival pas de deux, Swan Lake pas de trois, and Jerome Robbins’ Afternoon of a Faun, and has premiered pieces by Alexei Ratmansky and Liam Scarlett. Skyler joined BalletX in 2015. 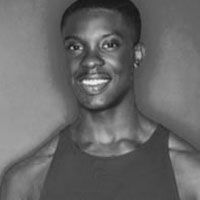 Stanley Glover is the recipient of a 2019 Princess Grace Award in Dance. Born and raised on the south side of Chicago, Illinois, Stanley Glover began his dance training at Premiere One Dance Academy under the direction of Adrienne Brazile. He attended Philadelphia’s University of the Arts, where he graduated and earned a BFA in May 2016. He was a Top-20 contestant on Season 11 of the hit television show So You Think You Can Dance and has performed repertoire and trained under some of the best in the industry, including Sonya Tayeh, Sidra Bell, Robert Battle, Dwight Rhoden, Tyce Diorio, Tommie-Waheed Evans, Gary Jeter, Roni Koresh, Wayne St. David, Tokyo, Random Dance, Hubbard Street, Pennsylvania Ballet, and many more. He also performed as a principal dancer in the Las Vegas production of Cirque du Soleil’s Mystère. Stanley joined BalletX in 2018. 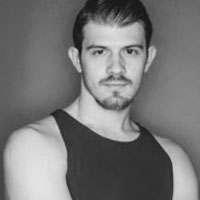 Zachary Kapeluck hails from Pittsburgh, Pennsylvania, where he received his early training at Southwest Ballet and Pittsburgh Ballet Theater. He also trained at The Juilliard School and Hubbard Street Dance Chicago’s Summer Intensives, and in the summer of 2011, he worked as a guest artist with Mary Miller Dance in Pittsburgh in a project titled Confluence. He graduated with a BFA in Dance from Point Park University, where he had the opportunity to perform works by such choreographers as George Balanchine, Gerald Arpino, Toru Shimazaki, Kevin Iega Jeff, Val Caniparoli, Jessica Lang, and Alejandro Cerrudo. He received training there from Doug Bentz, Kiesha Lalama, Garfield Lemonius, and Dana Arey. Zachary joined BalletX in 2013.