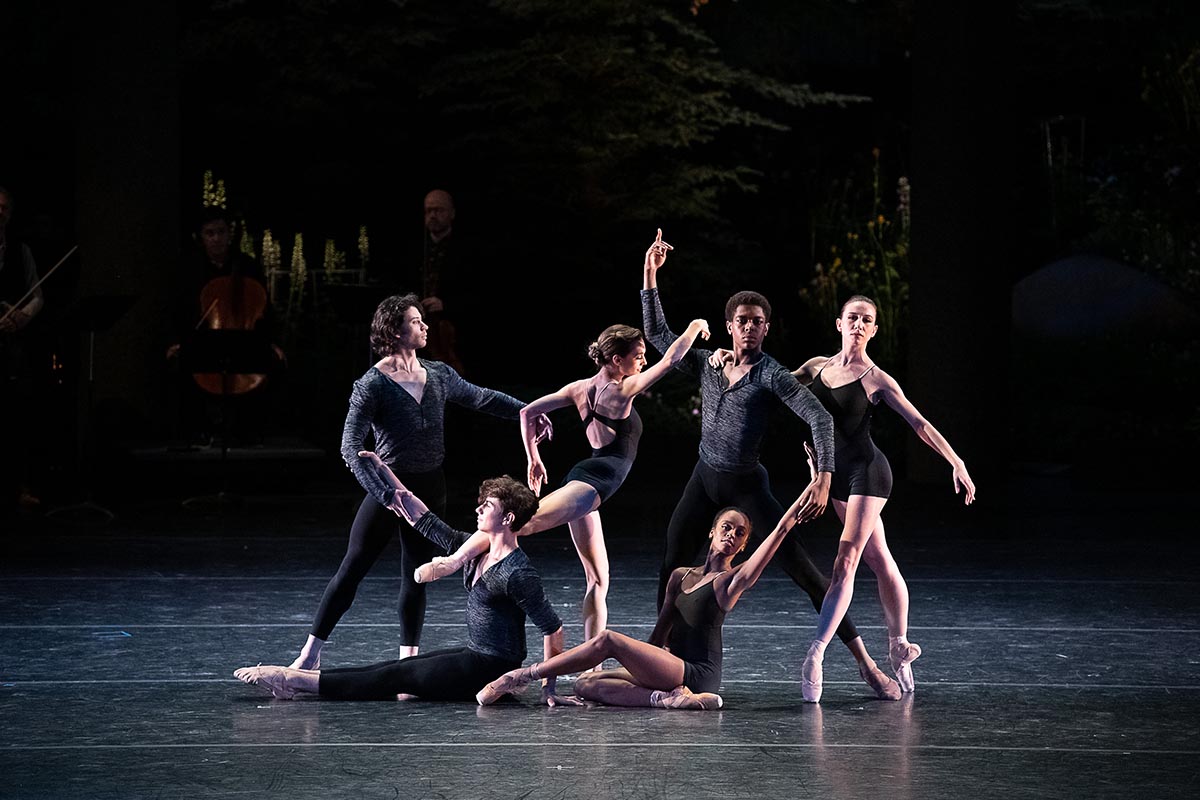 “At Vail…, dance artists renew and extend themselves.”

Casting and repertory subject to change

$2 per ticket fee will apply and additional fees are assessed with online transactions. 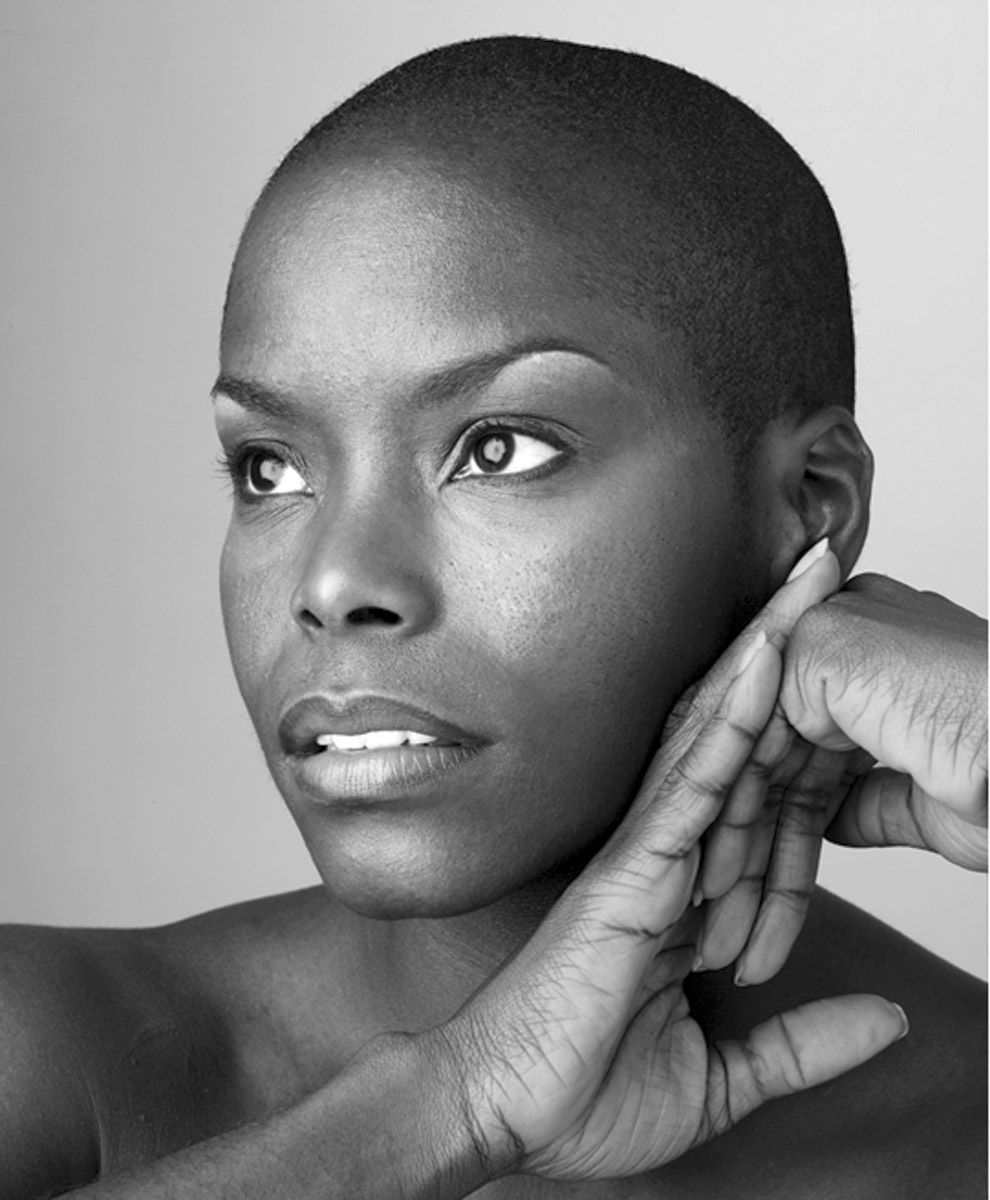 Hope Boykin (Durham, NC) is a three-time recipient of the American Dance Festival’s Young Tuition Scholarship. She attended Howard University and, while in Washington, D.C. she performed with Lloyd Whitmore’s New World Dance Company. Ms. Boykin was a student and intern at The Ailey School. She was assistant to the late Talley Beatty and an original member of Complexions. Ms. Boykin was a member of Philadanco and received a New York Dance and Performance (Bessie) Award. 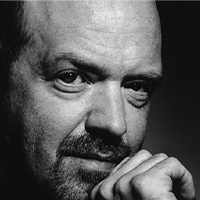 Kim Brandstrup studied Film at the University of Copenhagen and Choreography with Nina Fonaroff at London School of Contemporary Dance. He founded his own dance company, Arc, in 1985, forging a narrative style that owes more to his early cinematic training than to classical story ballet or to the kineticism of contemporary dance.

Throughout his career, and at times at odds with current trends, he has sought a theatre of movement that is both powerful and subtle, creating poignant and suggestive narratives that are always intensely human and emotionally revealing. Since 2005 in freelance commissioned works for a range of international companies including The Royal Ballet, Les Grands Ballets Canadiens, and the Royal Danish Ballet, his narrative approach has found new paths, growing more refined and precise while enjoying a looser, more experimental tone in its storytelling. 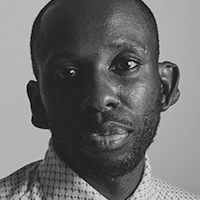 Choreographer/Director Raja Feather Kelly is the artistic director of New Brooklyn Theatre. In 2009, he founded the dance-theatre-media company the feath3r theory. The two companies merged in 2018. Raja has been awarded a Creative Capital Award (2019), a National Dance Project Production Grant (2019), a Breakout Award from the Stage Directors and Choreographers Foundation (2018), Dance Magazine’s inaugural Harkness Promise Award (2018), the Solange MacArthur Award for New Choreography (2016), and is a three-time Princess Grace Award winner (2017, 2018, 2019). He was born in Fort Hood, Texas and holds a B.A. in Dance and English from Connecticut College.

Raja has been named as the 2019–2020 Randjelovic/Stryker Resident Commissioned Artist at New York Live Arts and is an inaugural Jerome Hill Artist Fellow. Raja has also been awarded a New York Dance Performance “Bessie” Award, a Bessie Schonberg Fellowship at The Yard, a DanceWEB Scholarship, a New York Foundation for the Arts Choreography Fellowship, a HERE Arts Fellowship, 2018 Creator-in-Residence at Kickstarter, and a Choreography Fellowship at the Center for Ballet and the Arts at NYU.

Over the past decade he has created fifteen evening-length works with his company the feath3r theory to critical acclaim. Most recently, UGLY (Black Queer Zoo) at The Bushwick Starr, and We May Never Dance Again® at The Invisible Dog in Brooklyn.  Professionally, Raja has performed with Reggie Wilson/Fist and Heel Performance Group, David Dorfman Dance, Kyle Abraham|Abraham.In.Motion, and zoe | juniper. He has also managed a number of dance companies: Race Dance, Kyle Abraham/Abraham.In.Motion, zoe | juniper, and Reggie Wilson/Fist and Heel Performance Group. 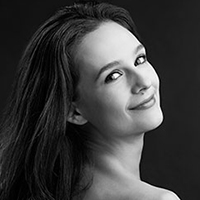 Lauren Lovette is a Principal Dancer with New York City Ballet. Born in Thousand Oaks, CA, she began her dance training at age 11 at California Dance Theatre, continued at the Cary Ballet Conservatory, and came to the School of American Ballet in 2006. Named an NYCB apprentice in 2009, she joined the NYCB corps de ballet in 2010, was promoted to Soloist in 2013, and to Principal Dancer in 2015. Her repertory includes leading roles in works by George Balanchine, Jerome Robbins, Justin Peck, Alexei Ratmansky, and Christopher Wheeldon, among others. Lovette has choreographed two works for NYCB: For Clara (2016) and Not Our Fate (2017). 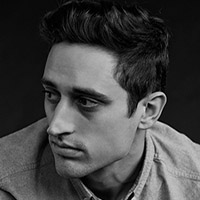 Peck choreographed the 2018 Broadway revival of Carousel.  The production was directed by Jack O’Brien and stars Jesse Meuller, Joshua Henry, & Renée Fleming.  Peck has been awarded the National Arts Award (2018), the Golden Plate Honor from the Academy of Achievement (2019), and the Tony Award for his choreography on Broadway’s Carousel (2018). 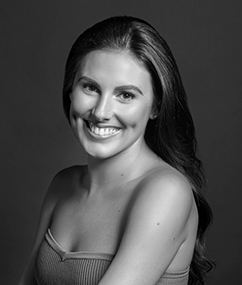 Tiler Peck is a Principal Dancer with New York City Ballet. Born in Bakersfield, CA, she began her dance training at age 2 at Bakersfield Dance Company, and studied with Alla Khaniashvili as well as Conjunctive Point and the Westside School of Ballet before coming to the School of American Ballet in 2003. Named an NYCB apprentice in 2004, she joined the NYCB corps de ballet in 2005, was promoted to Soloist in 2006, and to Principal Dancer in 2009. Her repertory includes leading roles in works by George Balanchine, Jerome Robbins, William Forsythe, Justin Peck, Alexei Ratmansky, and Christopher Wheeldon, among many others. 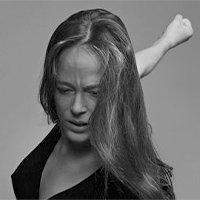 Choreographer Bobbi Jene Smith was born in Centerville, Iowa. From 2005-2014 she was a member of the Batsheva Dance Company under the artistic direction of Ohad Naharin. She is an alumnus of the Juilliard School, North Carolina School of the Arts, and the Royal Winnipeg Ballet School. Her choreography has been presented by The Batsheva Dance Company, CORPUS – The Dance Laboratory of the Royal Danish Ballet, The Martha Graham Dance Company, The Juilliard School, PS122 COIL Festival, A.R.T, The Israel Museum, Luminato Festival, LaMama, Sacramento Ballet, and UNC Chapel Hill. In 2017 she became a founding member of the American Modern Opera Company (AMOC). 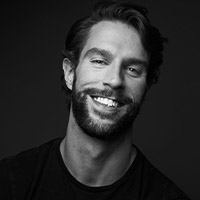 James Whiteside was born in Fairfield, Connecticut. He trained at the D’Valda & Sirico Dance and Music Center, as well as the Virginia School for the Arts. He joined Boston Ballet in 2002, and was promoted to Principal Dancer in 2009. Whiteside joined American Ballet Theatre as a Soloist in 2012 and was named Principal Dancer in 2013. 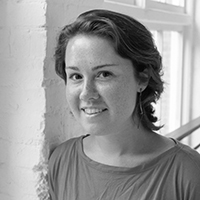 Caroline Shaw is a New York-based musician—vocalist, violinist, composer, and producer—who performs in solo and collaborative projects. She was the youngest recipient of the Pulitzer Prize for Music in 2013 for Partita for 8 Voices, written for the Grammy-winning Roomful of Teeth, of which she is a member.
Recent commissions include new works for Renée Fleming with Inon Barnatan, Dawn Upshaw with Sō Percussion and Gil Kalish, the Orchestra of St. Luke’s with John Lithgow, the Dover Quartet, TENET, The Crossing, the Mendelssohn Club of Philadelphia, the Calidore Quartet, Brooklyn Rider, the Baltimore Symphony, and Roomful of Teeth with A Far Cry. The 2018-19 season will see premieres by pianist Jonathan Biss with the Seattle Symphony, Anne Sofie von Otter with Philharmonia Baroque, the LA Philharmonic, and Juilliard 415. Caroline’s film scores include Erica Fae’s To Keep the Light and Josephine Decker’s Madeline’s Madeline as well as the upcoming short 8th Year of the Emergency by Maureen Towey.

She has produced for Kanye West (The Life of Pablo; Ye) and Nas (NASIR), and has contributed to records by The National, and by Arcade Fire’s Richard Reed Parry. Once she got to sing in three-part harmony with Sara Bareilles and Ben Folds at the Kennedy Center, and that was pretty much the bees’ knees and elbows.

Caroline has studied at Rice, Yale, and Princeton, currently teaches at NYU, and is a Creative Associate at the Juilliard School. She has held residencies at Dumbarton Oaks, the Banff Centre, Music on Main, and the Vail Dance Festival. Caroline loves the color yellow, otters, Beethoven opus 74, Mozart opera, Kinhaven, the smell of rosemary, and the sound of a janky mandolin.

About the Leonard Bernstein Composer-In-Residence Program:

Established in tribute to the extraordinary impact and example provided by Leonard Bernstein, this program integrates the composition of new music into the structure of Festival programming. The Composer-In-Residence creates new pieces of music to be choreographed and premiered at the Festival and also participates in programming highlighting the indispensable partnership between music and dance. 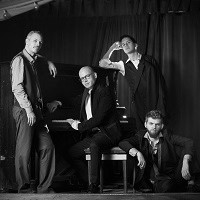 To start the 2017-18 season, Brooklyn Rider released Spontaneous Symbols on Johnny Gandelsman’s In a Circle Records label. The album featured new quartet music by Tyondai Braxton, Evan Ziporyn, Paula Matthusen, Kyle Sanna, and Brooklyn Rider violinist Colin Jacobsen. Works from that recording were also featured in live performance for Some of a Thousand Words, the ensemble’s recent collaboration with choreographer Brian Brooks and former New York City Ballet prima ballerina Wendy Whelan. An intimate series of duets and solos in which the quartet’s live onstage music is a dynamic and central creative component, Some of a Thousand Words was featured at the 2016 Jacob’s Pillow Dance Festival, before two U.S. tours, including a week-long run at New York City’s Joyce Theater. This season the quartet reunites with Whelan and Brooks for a second North American tour. They also teamed up with banjoist Béla Fleck — with whom they appeared on two different albums, 2017’s Juno Concerto and 2013’s The Impostor — for concerts in Texas, Oklahoma, Arkansas, Colorado, and Montana. Other recent highlights include partnering with two instrumentalists who are at the forefront of their respective genres, jazz saxophonist Joshua Redman and Irish fiddle master Martin Hayes. The tours with Redman and Hayes were the product of multi-season collaborations that will continue and include new recordings with both artists. Balancing these collaborations was a full schedule of quartet performances across the U.S., as well as in the U.K., Sweden, and Germany.

During the 2016-17 season, Brooklyn Rider released an album entitled so many things on Naïve Records with Swedish mezzo-soprano Anne Sofie von Otter, comprising music by Colin Jacobsen, Caroline Shaw, John Adams, Nico Muhly, Björk, Sting, Kate Bush and Elvis Costello, among others. The group toured material from the album and more with von Otter in the U.S. and Europe, including stops at Carnegie Hall and the Opernhaus Zürich. Additionally, Brooklyn Rider performed Philip Glass’s String Quartet #7, furthering a relationship with the iconic American composer which began with 2011’s much-praised Brooklyn Rider Plays Philip Glass and continued with the release of Glass’s most recent quartets on the composer’s Orange Mountain Music label in December 2017.

In 2015, the group celebrated its tenth anniversary with the groundbreaking multi-disciplinary project Brooklyn Rider Almanac, for which it recorded and toured 15 specially commissioned works, each inspired by a different artistic muse. Other recording projects include the quartet’s eclectic debut recording in 2008, Passport, followed by Dominant Curve in 2010, Seven Steps in 2012, and A Walking Fire in 2013. In 2016, they released The Fiction Issue with singer-songwriter Gabriel Kahane, with the title track a Kahane composition that was premiered in 2012 at Carnegie Hall by Kahane, Brooklyn Rider and Shara Worden. A long-standing relationship between Brooklyn Rider and Iranian kamancheh player Kayhan Kalhor resulted in the much-praised 2008 recording, Silent City. 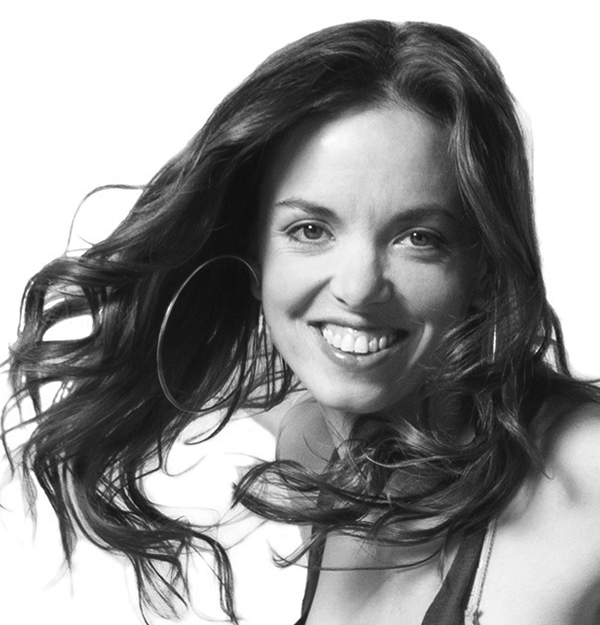 Michelle Dorrance is a New York based tap dancer, performer, choreographer, teacher and director. A 2015 MacArthur Fellow, 2014 Alpert Award winner, 2013 Jacob’s Pillow Dance Award winner, 2012 Princess Grace Award Winner, and both a 2015 and 2011 Bessie Award Winner, Michelle is the Founder and Artistic Director of Dorrance Dance. She is “one of the most imaginative tap choreographers working today” (The New Yorker). She was the Festival’s Artist-In-Residence in 2017.