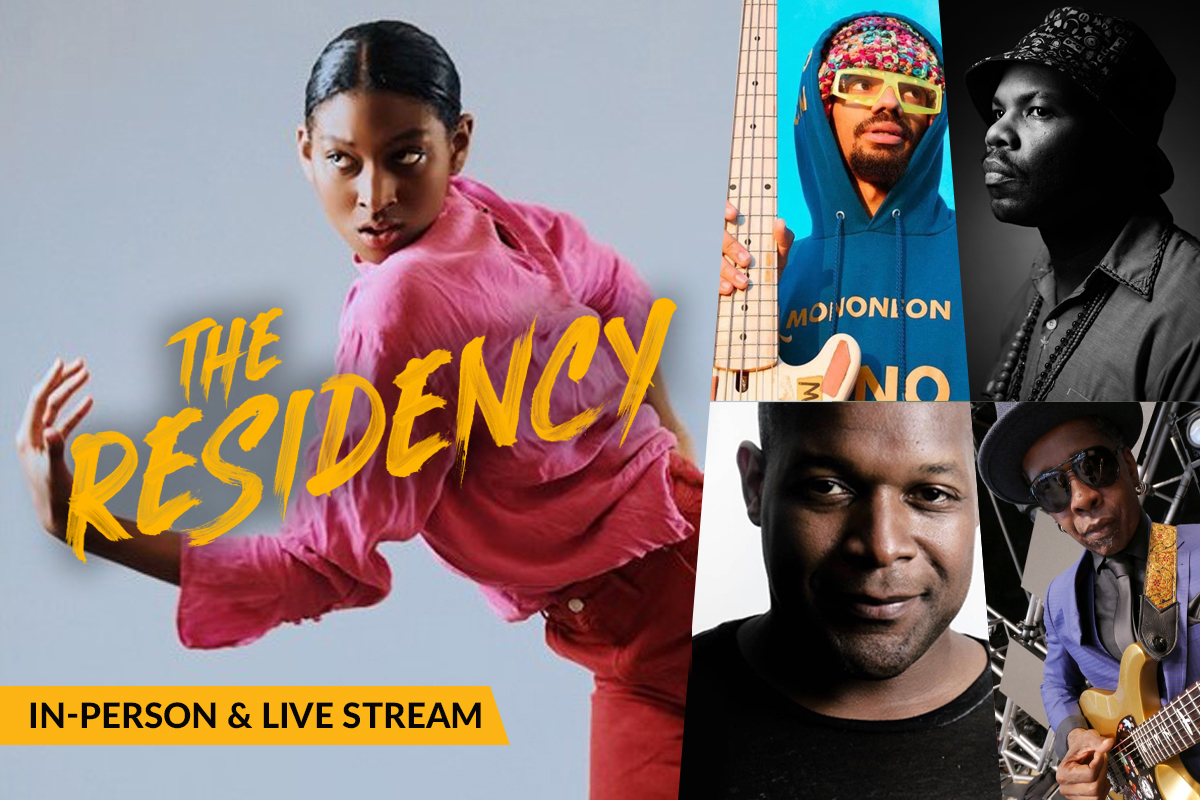 A WORLD PREMIERE – lIve from the vilar performing arts center

An innovative and timely artist ensemble not to be missed!  This is sure to be a collaboration like you’ve never experienced before. Avant-garde, contemporary dance meets Grammy Award-winning musicians. This performance will feature dance, choreography and music transcending genre and styles seen or heard anywhere else.

ABOUT MICAELA TAYLOR: Micaela Taylor is making waves in the dance scene with her new movement style, called “Expand Practice,” which allows the artist to expand their mind, body and narrative. It encourages the freedom of expression through movement and facial expressions amplified within a group element by embracing the creation of bodies dancing together as one collective. During a poignant time characterized by divisiveness, Micaela’s choreography is one that strikes a chord to connect us all – reminding us of the importance of tolerance and cohesion in a world of social distancing.

Her work with the highly acclaimed musicians of her All Star Band will draw from music she naturally vibes with, including early 90’s R&B. Inspired by the staccato foundations of hip-hop, her style draws from a hybrid of musical genres rooted in clear classical lines forming style uniquely her own.

Micaela was the recipient of the Inaugural Springboard EMERGE Choreographic Award and recently named one of Dance Magazine’s “25 to Watch,” 2019, and was on the cover of Dance Magazine in May 2020. She is trailblazing in the city of Los Angeles and beyond.

“Taylor’s choreography settles in the dichotomies.” – The Los Angeles Times

MONONEON: Dywane Thomas Jr., also known as MonoNeon, is an American bassist, experimental musician and songwriter. He is known for his presence on YouTube playing bass guitar and known for being one of the last people to work with Prince. It was his eclectic artistry on the bass that first caught Prince’s attention in 2014. Mono and Prince performed a number of concerts at Paisley Park, and also recorded and release the track, “RUFF ENUFF.” MonoNeon was the last bassist Prince hired before he died. MonoNeon has become known for his speech to music multitracking videos and compositions.

DARU JONES: Daru Jones is one of the most respected drummers of his generation. Jones is a two-time Grammy Award-Winning musician for his work on Lazaretto (Jack White) and on Testimony (Gloria Gaynor). Jones has been influenced by musicians from a wide range of genres. These eclectic musical tastes have carried over into his own career as he has recorded, performed, and toured with renowned artists and producers such as: Jack White, Pete Rock, Gloria Gaynor, Slum Village, Jamie Lidell, Talib Kweli, Dwight Yoakam, Nas, Lorenzo Jovanotti, Queen Latifah, Black Milk, Salaam Remi, Rance Allen, Black Violin and Jon B. Alongside these artists, Jones has graced the stages of some of the most revered events in the music industry, including: One Mic: Hip-Hop Culture Worldwide! A 20th anniversary celebration of Nas debut album Illmatic, the 2013 Grammy Awards, Austin City Limits and the Montreux Jazz Festival. Receiving rave reviews from: Rolling Stone Magazine, LA Weekly, and USA Today, he has also appeared on The David Letterman Show, The Colbert Report, Saturday Night Live, and MTV.

VERNON REID: Guitarist and composer, Vernon Reid was the founder and primary songwriter of the rock band Living Colour. Reid was named No. 66 on Rolling Stone magazine’s list of the 100 Greatest Guitarists of All Time. Reid’s art is a work forever in progress, from his formative years on the downtown New York jazz/funk/punk scene with Ronald Shannon Jackson’s Decoding Society, to his leadership of the pioneering multi-platinum rock band Living Colour, to his collaborations with creative spirits ranging from guitarist Carlos Santana and African singer Salif Keita to choreographers Bill T. Jones and Donald Byrd.

DJ LOGIC: The theorem of turntablist as musician has been long proven in the capable hands of DJ LOGIC, whom with jazz as his foundation has become a wax innovator by crossing genres and mixing his sound across the map. As one of the world’s most accomplished turntablist’s, DJ LOGIC is widely credited for introducing jazz into the hip – hop realms and Jam Band is considered by most as a highly respected musician and an innovative bandleader.

THIS PERFORMANCE HAS THREE DATES:

We’re Making Distancing Easy For You. All upcoming events will be in collaboration with and implement Eagle County’s precautionary guidelines to prevent the spread of COVID-19. We will continue to prioritize the health of our patrons, artists, community and beyond during every event. In doing so we’ve adopted new limited and physically distanced seating, cleaning procedures and much more.