The Vail Dance Festival has been held annually for more than 30 years and serves as an artistic incubator each summer. Annual world premieres and never-before-seen creative collaborations have become an integral part of what we do. We can’t wait to show you what is in store for 2021. Stay tuned!

“Where Dancers Shine Beyond Their Usual Specialties”
–The New York Times 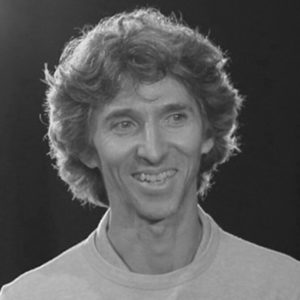 Damian Woetzel has been the artistic director of the Vail Dance Festival since 2006, annually bringing together a wide range of dancers and musicians. Under Woetzel’s leadership, the Festival has grown dramatically and gained an international reputation as a dynamic hub of new collaborations and commissions. In addition to his work as the director of the Vail Dance Festival, Woetzel has taken on multiple roles in arts leadership since retiring in 2008 from a 20-year career as a principal dancer with New York City Ballet and as a dancer on the international stage. From 2011-2018, During his distinguished dance career, he was lauded for performances in a range of roles created by George Balanchine and Jerome Robbins, and he had works choreographed for him by Robbins, Eliot Feld, Susan Stroman, Twyla Tharp, and Christopher Wheeldon among others.

As an independent director, choreographer, and producer, Woetzel’s recent projects include DEMO, an interdisciplinary series at the Kennedy Center; Spaces by Wynton Marsalis for Jazz at Lincoln Center; Lil Buck @ Le Poisson Rouge, featuring Lil Buck, Yo-Yo Ma and an array of other stellar musicians; televised Kennedy Center Honors tributes to Natalia Makarova (2012), Patricia McBride (2014), and Carmen de Lavallade (2017); an arts salute to Stephen Hawking for the World Science Festival; two Turnaround Arts performances at the White House; and the first performance of the White House Dance Series, which was hosted by Michelle Obama.

Woetzel has collaborated on numerous initiatives with Yo-Yo Ma, including the Silk Road Connect program in the New York City public schools and Arts Strike, a pioneering format for artists to engage in public service. In 2009, Woetzel became the founding director of the Jerome Robbins Foundation’s New Essential Works (NEW) Program, a five-year program that initiated grants to enable the production of 35 new dance works. In 2009, President Obama appointed Woetzel to the President’s Committee on the Arts and Humanities; he served until 2017 and worked on creating the Turnaround Arts Program, which brings arts education to challenged school districts across the country. From 2011-2018, Woetzel served as the Director of the Aspen Institute Arts Program, which aims to further the value of the arts in society through programming and collaborative initiatives.

Woetzel holds a Master in Public Administration degree from Harvard’s Kennedy School of Government and has been a visiting lecturer at Harvard Law School. He received the Harvard Arts Medal in 2015, and in spring of 2018 was announced as a new member of the American Academy of Arts and Sciences. On July 1, 2018, Damian Woetzel became the seventh president of The Juilliard School.

Ticket Information
Plan Your Visit
Photo & Video
Back to Top