Rebecca King Ferraro and Michael Sean Breeden from the popular podcast series, “Conversations On Dance” host 7+ in-depth discussions throughout the Festival with artists and dancers – past and present – to musicians and choreographers. The Forums are inspirational and thought-provoking conversations with those engaged in the dance world. You can hear selections from the 2018 and 2019 Vail Dance Festival HERE. Hosted by Manor Vail Lodge. 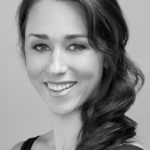 Rebecca King Ferraro was born and raised in Northern California. She received her ballet training from Contra Costa Ballet Centre in Walnut Creek, Calif. King spent two summers studying at San Francisco Ballet School under the direction of Gloria Govrin. Her senior year in high school, she attended The Rock School in Philadelphia. After graduating in 2006, she moved to Miami to train at Miami City Ballet School.

King joined Miami City Ballet in 2007 as a company apprentice and was promoted to corps de ballet in 2008. Since then, she has worked with many of today’s most sought-after choreographers including Christopher Wheeldon, Alexei Ratmansky, Liam Scarlett and Justin Peck. She has danced in the majority of MCB’s Balanchine repertoire, as well as classical full-length ballets and contemporary works. From 2010-2016, she served as a Company Representative on behalf of the dancers, a role similar to a union representative.

In 2010, she founded a dance blog, TendusUnderAPalmTree.com, which has enabled her to reach out to dancers and audience members from around the globe. In 2012, Ms. King started her own social media management company where she helps her clients reach their marketing potential through online platforms. King has taught ballet master classes across the country and is currently a member of the faculty of The Dance Academy of Stuart in Stuart, FL.

Ms. King retired from Miami City Ballet in 2018, after an 11 year career with the company. 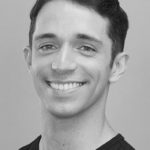 Michael Sean Breeden was born in Lexington, KY, where he began training at the Lexington Ballet at the age of 7. He began attending the School of American Ballet on scholarship in 2002, with additional training completed at San Francisco Ballet, Central Pennsylvania Youth Ballet and Vostrikov’s Academy of Dance. While a student at the School of American Ballet, Mr. Breeden performed ‘Tarantella’ at Symphony Space’s Wall-to-Wall Balanchine centennial event, as introduced by Lourdes Lopez and Edward Villella.

Mr. Breeden joined Miami City Ballet as an apprentice in 2006 and was promoted to the corps de ballet in 2008. Since joining the company, he has performed in the works of George Balanchine, Jerome Robbins, Frederick Ashton, Antony Tudor, Twyla Tharp, Paul Taylor, Alexei Ratmansky and Liam Scarlett. Mr. Breeden has joined Miami City Ballet on acclaimed tours to New York City, Los Angeles, Chicago, and Paris.

Since January 2014, Michael has given interactive pre-performance talks for the Miami City Ballet that broaden the audience’s knowledge of the ballets programmed and allows them to directly question the artists involved. Michael has also danced for Boston Ballet, Pennsylvania Ballet, Oregon Ballet Theatre and Suzanne Farrell Ballet.  Mr. Breeden most recently worked as Ballet Master for Troy Schumacher’s, BalletCollective.

+-
View Schedule
Plan Your Visit
Photo & Video
Back to Top